Starting Tutorial and Terminology for Java

Developed by Sun Microsystems INC in 1991 and later acquired by Oracle Corporation. Developers: James Gosling and Patrick Naughton. Java is highly used for software development and more because it is simple to write as it supports HLL- High-Level Language and early checking of lots of possible errors. Moreover, it helps us to work in a team by creating modules of our software. Many devices can execute Java programs directly. If you want to learn java then you should know why Java is used and be familiar with its terminology

Platform independent – is portable
Object-Oriented Language
Simple, because it excludes operator overloading, Multiple Inheritance, pointers and explicit memory allocation
Early Checking of possible errors which unlikely to be in other programming languages
Secure – because there are no pointers and is a robust language(checks errors previously)
Multithreading

Well, Programmers like you and us write Java programs, then JDK compiles our program and gives bytecodes as output. Further, JVM executes the output of bytecode to give the real output of the program. So, it is important to install JDK first to start our java program.
JRE is a subset of JDK i.e. JDK includes JRE installed on a system which can run the java program but will be unable to compile it. And hence, you can only install JRE if you are non-programmers or don’t want to compile and debug the program.
Applet
An applet is a program in Java(TM) programming language to run within a web browser. Applets are compatible with the Java platform, such as HotJava (TM) or Netscape Navigator(TM).
Abstract Window Toolkit (AWT)
A collection of graphical user interface (GUI) components that were implemented using native-platform versions of the components. These components provide that subset of functionality which is common to all native platforms. Largely supplanted by the Project Swing component set. Frame, Buttons, TextField are some inbuilt components of AWT.
Swing Set
A collection of graphical user interface (GUI) components that run uniformly on any native platform which supports the Java(TM) virtual machine. Because they are written entirely in the Java programming language, these components may provide functionality above and beyond that provided by native-platform equivalents. (Contrast with AWT.) We can just add capital alphabet J as a prefix to AWT to use swing set. For example JFrame, JButtons, JTextField etc.
Technology Compatibility Kit (TCK)
A test suite, a set of tools, and other requirements used to certify an implementation of a particular Sun technology conformant both to the applicable specifications and to Sun or Sun-designated reference implementations.

Popular posts from this blog 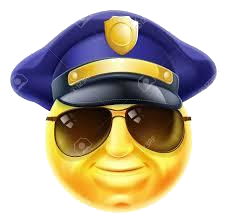 Real-time traffic management system is ticketing process control system. The traffic rules violation is checked using cameras and sensors and the violator is recognized by his/her digital number plate. The violator’s personal data like name, Phone number, emails and so on are accessed from the database. According to the record SMS  and emails are sent to the violator to notify with the price to pay and deadline. Objectives To minimize accidents caused by violation of traffic rules; To make ticketing for traffic rule violation digital; To eliminate corruption done by the traffic police; To develop an efficient system that replaces the traditional system. Possibilities Fully automated Online payment gateway Demo Use the link below for the demonstration http://assets-cdn.ekantipur.com/images/third-party/money-finance/p1-anchor-21082017083342-1000x0.jpg This is the project done by " Prime Women " - students of Prime College (Rashna Maharjan, Palisth
Read more 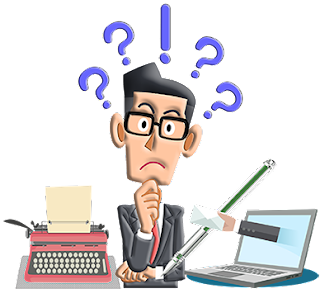 WI-Fi is a wireless technology for wireless LAN. It is a trademark of Wi-Fi Alliance. We can connect devices based on IEEE 802.11 standards like smartphones, laptops, tablets etc. Wi-Fi is very familiar nowadays as it does not need any burden of wires or other connecting hardware for the use of internet services. A single touch or the authenticate entry of pin or passwords are enough to get the connectivity. It can be free or protected. Free wi-fi can be connected easily without any password entry while protected one needs some authenticated ids along with the password. Even the protected wi-fi is easily accessed by the users with the use of some password breaker software or other techniques which is known as wi-fi hacking. These types of software are also found free at app stores and people are using them to hack their nearby wi-fi. But the main question is that “”Is wifi hacking legal?” There are many debates on this topic whether to claim it legal or illegal. Many experts
Read more

How and what to report about internet? 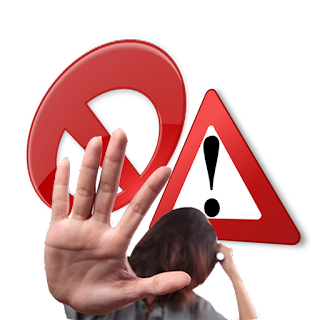 report about internet The Internet is an open platform for all the people using it. UN has included internet as a human right and everyone must be equal in this platform. As the use of the internet is increasing there is always a theft of misusing the content known as cybercrime. Because of this, many rules and regulation have been introduced nationally and internationally. People are very concern about the content or data they are providing to the internet. Privacy and security are the main issues involved in the internet for better surfing of the internet. Many browsers, as well as application or websites, are making their product more secure and with good practice of privacy maintenance. Not only them every individual should have a good practice of privacy maintenance and security. Here, I have mentioned some methods to be secure on the internet by our own side and report if any crime occurs. These are some actions you can implement if you find some cyber crimes happening.
Read more